Struggling to find a way to pay for her education, Courtney Zellar realized that student loans were going to be necessary if she wanted to attend her first-choice college. But federal loans wouldn’t be enough and Courtney was forced to explore additional loans through private lenders.

Private loans required a parent or guardian cosigner—something that made Courtney’s parents uncomfortable because they would be forced to foot the bill if she was unable to repay these loans on her own after graduation.

Then a college administrator mentioned a free program called LRAP (Loan Repayment Assistance Program) to Courtney and her parents. This official explained that with LRAP, if Courtney ended up earning less than $40,000 per year after graduating from college, she’d receive help repaying her student loans (including loans cosigned by her parents).

LRAP eased the concerns of Courtney’s parents, giving them the peace of mind to cosign on Courtney’s loans. With LRAP, Courtney was able to secure the funding she needed to attend her first-choice college, and she now enjoys a promising career in accounting. 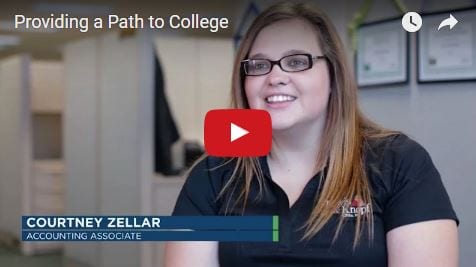 How Eliminating Cost Concerns Changed Everything