Just how much is college worth? About twice as much as it was in the 1960s, according to the latest Economic Report of the President. One of the topics examined by the annual White House publication was the college wage “premium,” which serves as an indicator of the economic value of a college degree. This figure calculates the difference in income between college graduates and those with only high school degrees. The following chart shows the change in the college wage premia for men and women from 1963 to 2013: 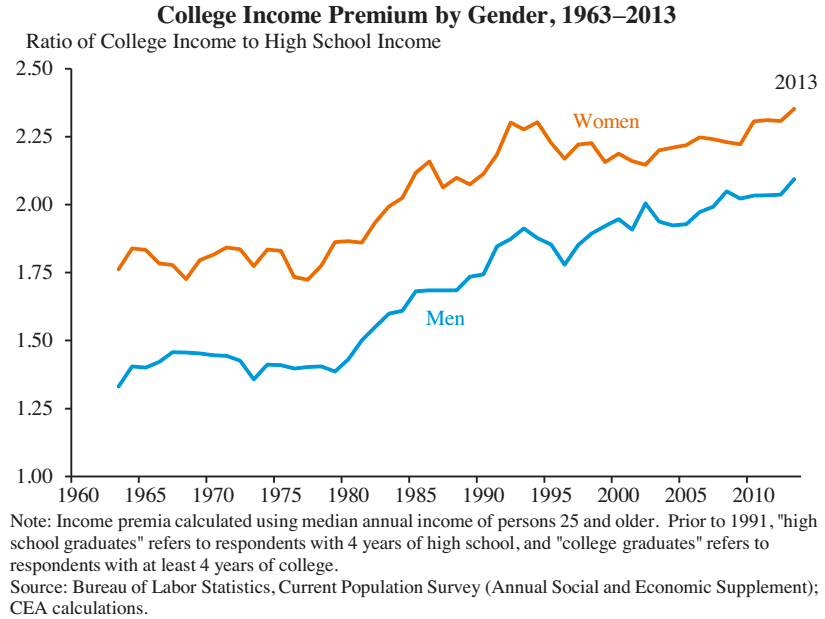 In 2013, men with college degrees earned more than double what men with only high school diplomas earned. In 1963, college-educated men earned only about 1.3 times as much as men who didn’t graduate from college. This means that the college wage premium for men (1.3 in 1963 and 2.1 in 2013) has nearly doubled since 1963!

Better yet, the growth in the college wage premium is applicable across genders. In 2013, female college graduates earned more than 2.25 as much as women with only high school degrees. Simply put, as powerful an impact college has on men’s earnings, it has even more value for women.

Education Protects Your Wallet From Recessions

Moreover, despite widespread skepticism about the value of higher education, college has proven to be an economic shield since 2007. Although wages of college grads have been somewhat stagnant since the Great Recession, the more educated have fared far better than their less-educated counterparts. The following graph shows the percent change between 2007 and 2014 of inflation-adjusted wages by level of education: 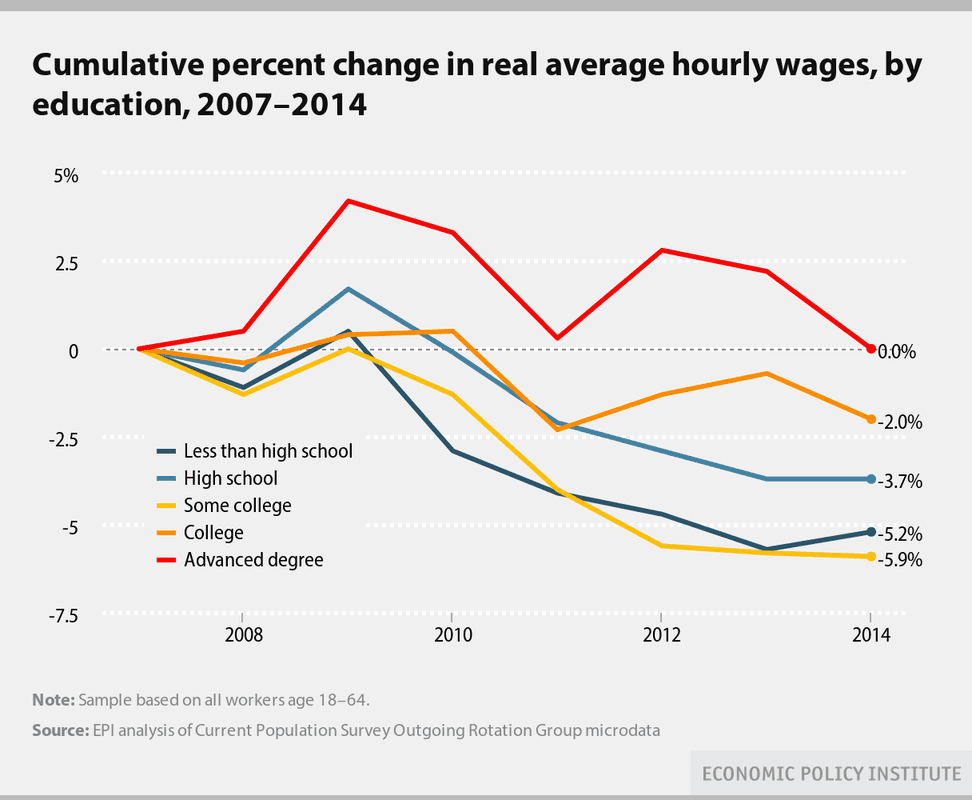 Whereas high school graduates’ incomes have fallen 3.7% since 2007, the average drop for college graduates was 2.0%. These earnings declines pale in comparison to the pay cuts that hit high school and college dropouts since 2007: 5.2% and 5.9%, respectively. On the other hand, those with advanced degrees (master’s degree or higher) have not seen any cumulative change in income since 2007.

From this data, two clear conclusions can be drawn: (1) the college wage premium, or the economic value of college, is the highest it has ever been for both men and women–nearly double what it was fifty years ago; and (2) when it comes to shielding earnings from economic fluctuations, the higher the degree, the better.

College is Worth It

Key Takeaways from ‘Preparing for FAFSA Simplification on Your Campus’ Webinar

Is College Worth It? A New White Paper Has The Answer

RNL Research: Student Loan Fears And How to Overcome Them